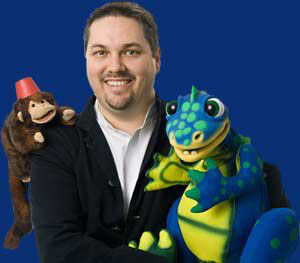 Louis is Washington DC’s premier celebrity in children’s entertainment.  He performs over 500 shows a year and is recognized by children everywhere!

Louis has won Nickelodeon’s award for Best Party Entertainer in the Washington DC area. Louis and his wife Lynn produce “The Kapital Kidvention”, the largest convention in the United States for children’s entertainers. Louis is considered an expert in the field of family magic and is a sought after speaker around the county. Currently Louis is the President of The International Brotherhood of Magicians, Washington DC chapter. The “IBM” is one of the largest magic organizations in the world. 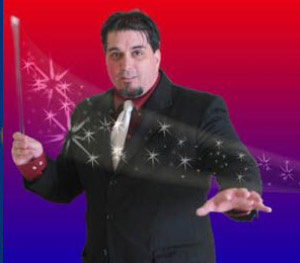 I have loved magic from about the age of seven! The first show that I saw was the movie, Houdini, starring Tony Curtis. After that I was truly hooked! I was fascinated by it, then along came David Copperfield and his grand illusions. I was taken back by the amazing impact magic can have. When I became an adult I really started to study magic on more of a professional level and started performing for family and friends. Then I came across a children’s magician and had a chance to see his show, it made me realize this is something that I needed to do. Performing shows allows me to enjoy life by providing lasting memories for children, families, and friends. I truly have a love for children and entertaining others, it’s a wonderful feeling to see people laughing and wondering how’s that done, and the child in front goes, ‘IT’S MAGIC DUH!!’ Talk about priceless! That’s why I love to show YOU the MAGIC!

This package includes everything in the Standard package plus: